Gerry has amassed many internationally accredited awards in his home country of Ireland and throughout Europe – which notably include, European Commercial Photographer of the Year 2009/10, and runner up for the same award in 2012/13. 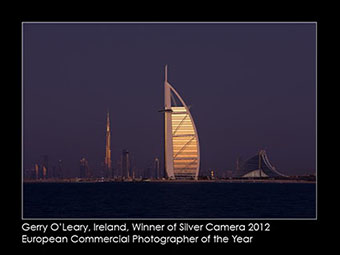 Now a resident of the UAE, Gerry is rapidly gaining the respect of all major clients in the GCC and Asia with a wish list of notable international clients including: Aedas, Armani, Carlson Rezidor, Dubai Airports, Emirates Airlines, Hyatt, Jumeirah, Missoni and Norr Architects. Apart from GCC assignments, Gerry has broadened his horizons to the Asia Pacific region, and in the past year completed exciting projects in Australia, Brunei, China, Fiji, India, Thailand and The Phillipines.

Some notable prestigious projects have included: